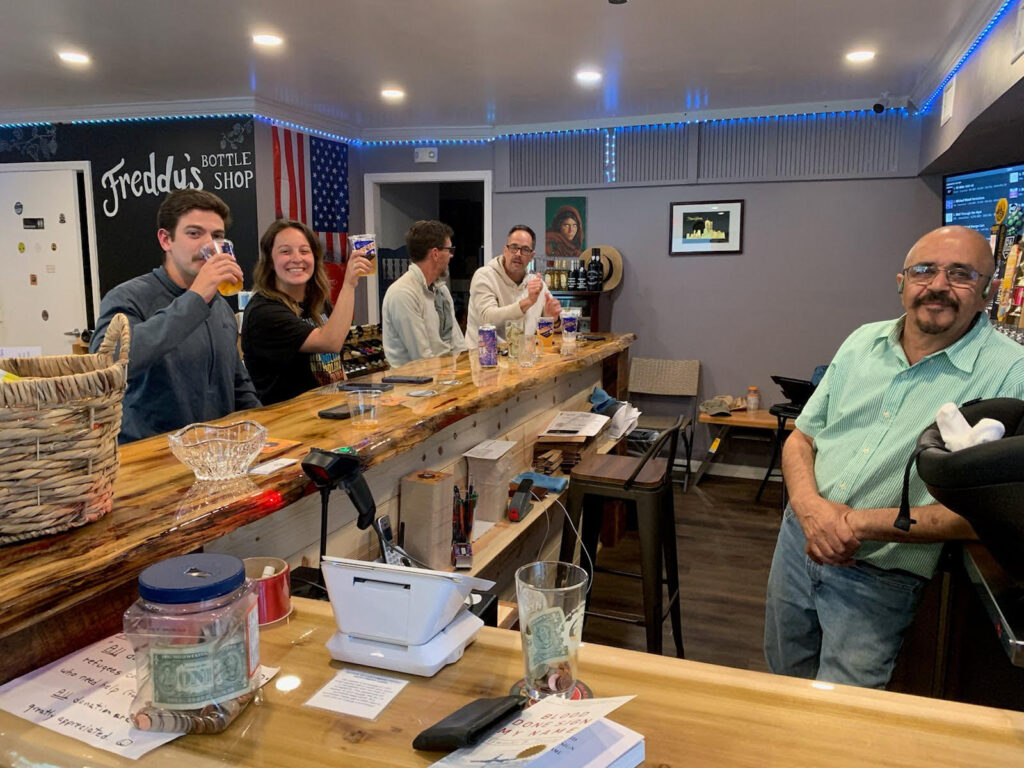 Jeff Crum, owner of ENDURE Construction Group is an avid mountain biker and rides with a group of local riders most Wednesday nights. Starting in late 2021, the group found out about a new bottle shop with craft beer in downtown Wake Forest Called Freddy’s Bottle Shop, located at 308 E. Roosevelt Avenue and decided to start and end their ride from that location. After several Wednesday nights hanging out with the bottle shop owner Freddy Najafi, Jeff and Freddy became good friends and Jeff suggested Freddy put in some draft beer and a bar to attract more patrons, a bottle shop makeover.

Freddy considered this suggestion and very soon after, asked Jeff and his team to design and build a new bar for his shop. “I knew right when I met Jeff that he was the right person to help me bring my dream of having my own custom bar to life.”, said Freddy Najafi.

In January of 2022, Jeff reached out to Jim Burrows at Runderful Woodworks. Jim is the Building Trades teacher and X-Country team coach at Heritage High School and has a small woodworking business creating custom pieces. Jim and Jeff met with Freddy and came up with a conceptual design and began work. “Freddy is a great guy and I really enjoyed getting to know him and helping him achieve his vision for a welcoming and beautiful local hang out. Being a lover of craft beer, this was a great opportunity to be a part of craft beer samples for years to come. Every beer that gets served at Freddy’s will get passed across the ENDURE bar and the absolutely stunning bar tops created by Jim Burrows and Runderful Woodworks.” said Jeff.

The agreed goal was to get everything completed and ready for Freddy’s 1 year anniversary celebration on March 11th. The first step was selecting the wood slabs to be used for the bar tops. Jim and Jeff went to Raleigh Reclaimed here in Raleigh and selected 2 slabs of Rainbow Poplar. Jim then spent about 8 weeks working these slabs to prep, sand and complete the epoxy finish. The weekend prior to the party, ENDURE began the demo of the existing bar/counter and framed out and installed the new bar ready to except the installation of the new bar tops. The face of the bar was skinned using 100+ year old tobacco barn wood that was harvested from a barn in Kittrell, NC.

During the install, Victoria Crum, lead designer for the ENDURE Construction Group, finalized the wall paint, hardware, and other décor and sourced the materials needed to complete everything. All work was completed and the new bar tops were set on Wednesday, March 9th, 2022.

“I am so appreciative of all the hard work that the ENDURE team put in to our project. We could not be more happy with the results and our patrons comment on the beauty of the bar every day. We highly recommend Jeff, Victoria and the professional team at ENDURE Construction Group for your project.”, said Freddy Najafi, owner. 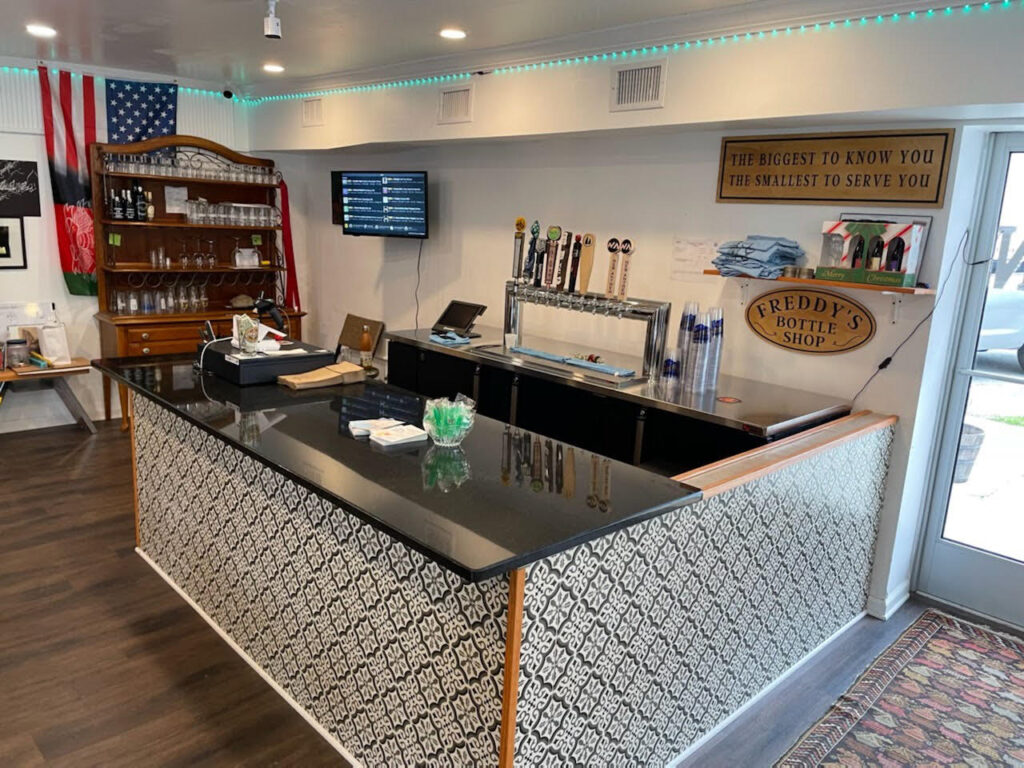 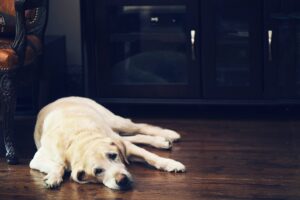 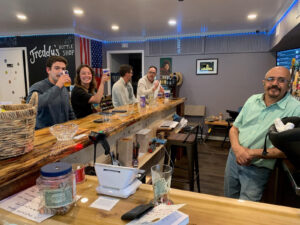